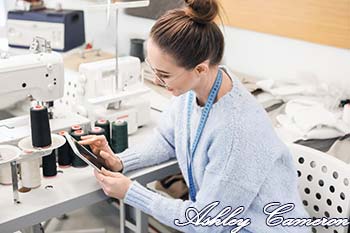 Ashley grew up on a small, self-sufficient farm in upstate New York with her grandparents and has found herself drawn to a creative, unconventional way of life ever since.

Her grandparents lived a simple life, and even when modern advances like the Internet and cellphones became available, they kept their home all but technology-free. Ashley recalls a couple of occasions when she tried to convince her grandmother to get the Internet. Once, when Ashley informed her that she could use a computer to access thousands and thousands of new recipes, her grandmother said, “Now what would I want to do that for? Aren’t my recipes good enough for you?”

From painting Easter eggs from her own hens to making homemade butter in a glass churn, now Ashley considers herself very lucky to have lived such an unusual and interesting childhood. While her girlhood pursuits involved a lot of practical needlework, like mending shirts and knitting scarves, she says that the hands-on lifestyle definitely spurred her on to learn more about sewing, knitting, and jewelry making when she grew up. 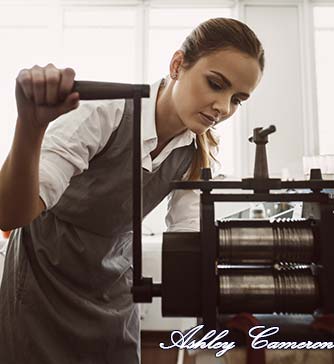 After quitting her 9-5 desk job that she’d felt trapped in for a decade, Ashley has spent the last 10 years honing her rudimentary skills in sewing and knitting. She also completely fell in love with new art, jewelry making. “I really wouldn’t call myself a natural, though,” Ashely says, referencing her first attempt at a beaded floral bracelet. “My first rosebud turned out looking like an angry snail!”

It’s safe to say that now, no one could tell she wasn’t a natural if she didn’t go around telling her story. Ashley’s layered quilt mosaics, freehand runway-worthy knitted garments, and stunning nature-inspired jewelry collection are clearly the work of an expert.

Much of her recent experience in various creative arts has been self-taught, but, more recently, she’s also enjoyed taking several college-level classes on textiles, needlework, and metalsmithing to improve her knowledge and skill.

Ashley now divides her time between creative pursuits and working towards a Bachelor’s degree in Folk Art. After graduation, she hopes to continue her education by pursuing a Master’s in Metals and Jewelry Design. When she’s not working on an art project or school, she enjoys reading mystery novels, hiking in national parks, playing with her pets and baking.

She makes her home in semi-rural Colorado with her boyfriend, their three cats, Clover, Delilah, and Tunaface, and a couple of chickens, Rhoda and Daisy, that she says are “definitely pets, not livestock.” She enjoys living far enough into the countryside to remind her of her childhood, but close enough to the city to not feel isolated. 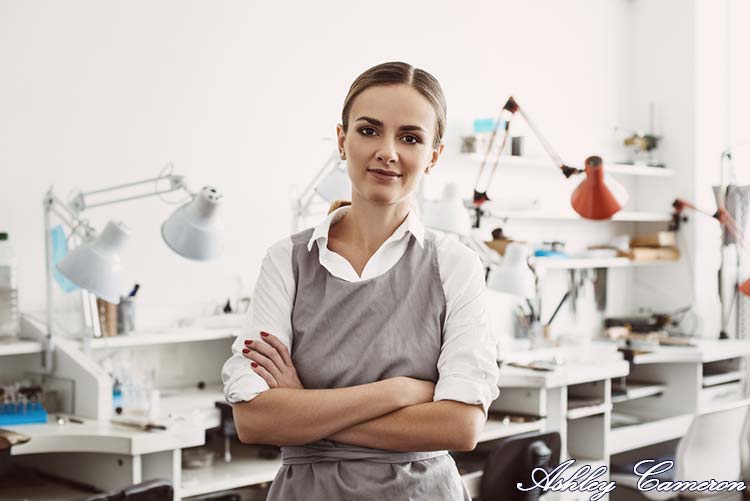 1Scroll Up
We independently test, and recommend the best products, we may receive commissions on purchases made from our chosen links at no additional cost to you. Read more
This website uses cookies to improve your user experience. Read more
By accepting and closing the information banner when first visiting the page you consent to our use of cookies and affiliate disclosure.